Christmas at Catlins River Station had to come to an end as our tummies just couldn’t take any more. Apart from the coma inducing amounts of food we had consumed, Sim and Bryony had seen Yellow Eyed Penguins frolicking in the surf, we had watched sea lions lolloping on Surat Beach and spotted Hectors Dolphins at Porpoise Bay. 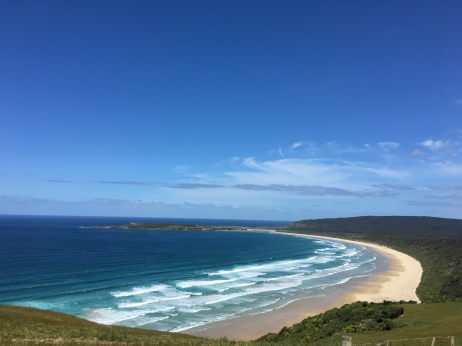 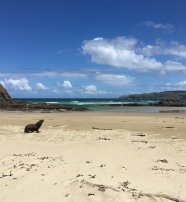 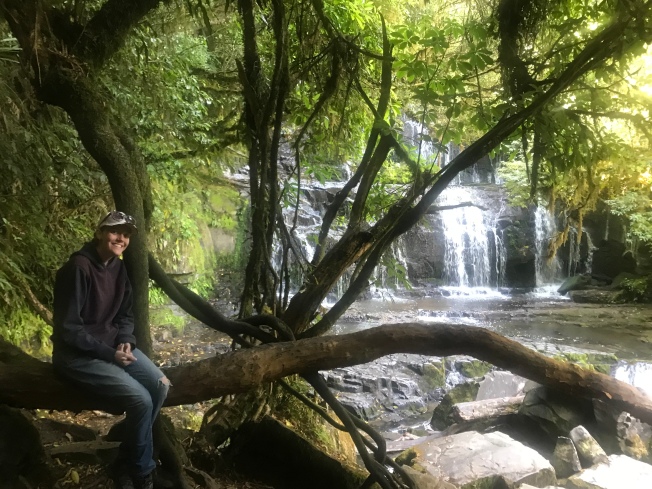 We canoed the Catlins River and the Aldens versus the ‘Rest of the world’ cricket match had been a hearty battle but quite honestly Craig and I were outnumbered! 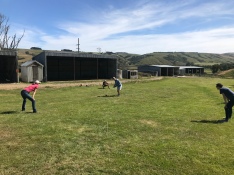 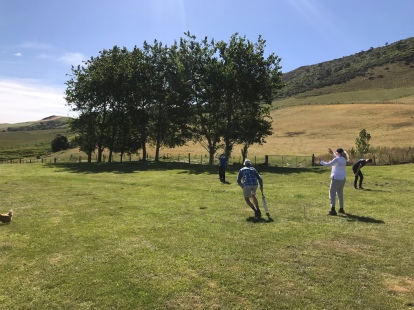 Now on the first day of 2018 it’s time for us to go our separate ways. I don’t think we have ever dispersed quite so extensively. It feels like a significant moment. 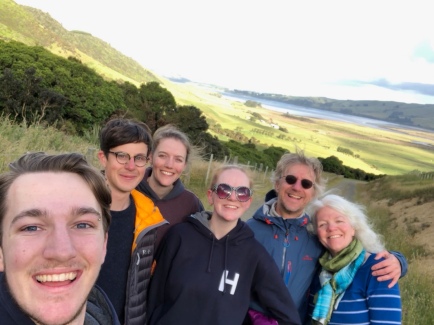 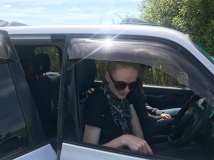 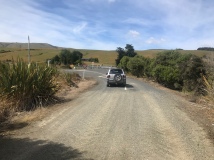 Rowan and Sim are heading back to Canberra and Woolongong Australia, Bryony has a new job waiting for her in Dunedin and Craig is looking forward to some well deserved peace and quiet in Wellington. Craig has been a real trooper putting up with the endless Aldenslater faffing about. Good job he was so chilled!

Give me a book and a comfy chair and I can be happy pretty much anywhere.

Tomorrow Dave and I head back to Dunedin to do a final gear check and purchase the first 5 days worth of camp food before flying out to Kerikeri in the North Island.

It takes planning and careful shopping to get the right balance between nutrional needs and pack weight, while ensuring there are enough treats to tempt the appetite. One of the challenges will be getting this balance right as we go along. There will be sections where we will be in and out of towns so will not need to carry much food at all but at other times we will need to stock up as we won’t be going through any settlements for a while.

Once in Kerikeri, over 3000km from our Christmas location, we will hopefully be picked up by Greg of Tuatua Rentals who will drive us a couple of hundred kilometres to the start of the walk.

We are  experiencing a mix of emotions in equal parts excited and nervous. Several of the people whose blogs we have been following lately have pulled out after only the first few days, realising the walk is more challenging than they had imagined. Click here and see the bottom of this blog by someone who  recently attempted this walk….. but don’t view while you are eating.  Although he was optimistic on this page he pulled out of the walk shortly after.

We are really keen to get going now but I guess we just won’t know how we will go until we try …. but we do have all the time in the world.

View all posts by Ageless Wanderers

2 thoughts on “Parting is such sweet sorrow”

SePethLang – the long path across the UK